I just finished the series Chuck.
I learned a lot from the series that mainly involved spy things. It actually got me thinking of me being a spy. 😱 I mean, who would not want to travel the world on a mission? I like that, if you do not, fire me as your friend.

First, I don’t have the skills, I am not good in under covering something/someone, I am not good in lying, etc. But guess what, the main character – Chuck Bartowski did not also qualified as a spy! It just happened that he is a genius. His mind can hold the “intersect” which has something to do with CIA’s whole data base plus the bonus feature of knowing skills even if he does not studied/learned it. Information and skills just flashed in his eyes whenever something/someone triggered it.
In addition, he is the only spy (based on the series) that does not use guns! He hates it! He only uses tranquilizer guns on enemies.

As the series goes, his team mates and friends adapted to his spy thingy methods. He is a spy who cares. His team actually put their own spy company (later season) Michael Carmichael Cares.

Spoiler alert: I am a fan of Chuck and Sarah love team but Sarah got her memory erased (later part of the season) and refurbished by their enemy which leads her in killing Chuck. I got emotional on the part that Chuck just accepting that his Wife Sarah (erased memory) is talking to him saying that she will be gone forever. I am like “Seriously?!!! Just a casual good bye after getting your dream-out-of-spy-life” and Chuck just moved on. That really broke a fiber of my being. Jk 😫 That’s the saddest part of the final season.

Ps:
I love Captain Awesome too!

“Listen to our hearts because our brains screw us up.” -Chuck Bartowski 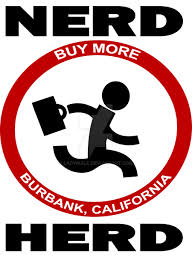